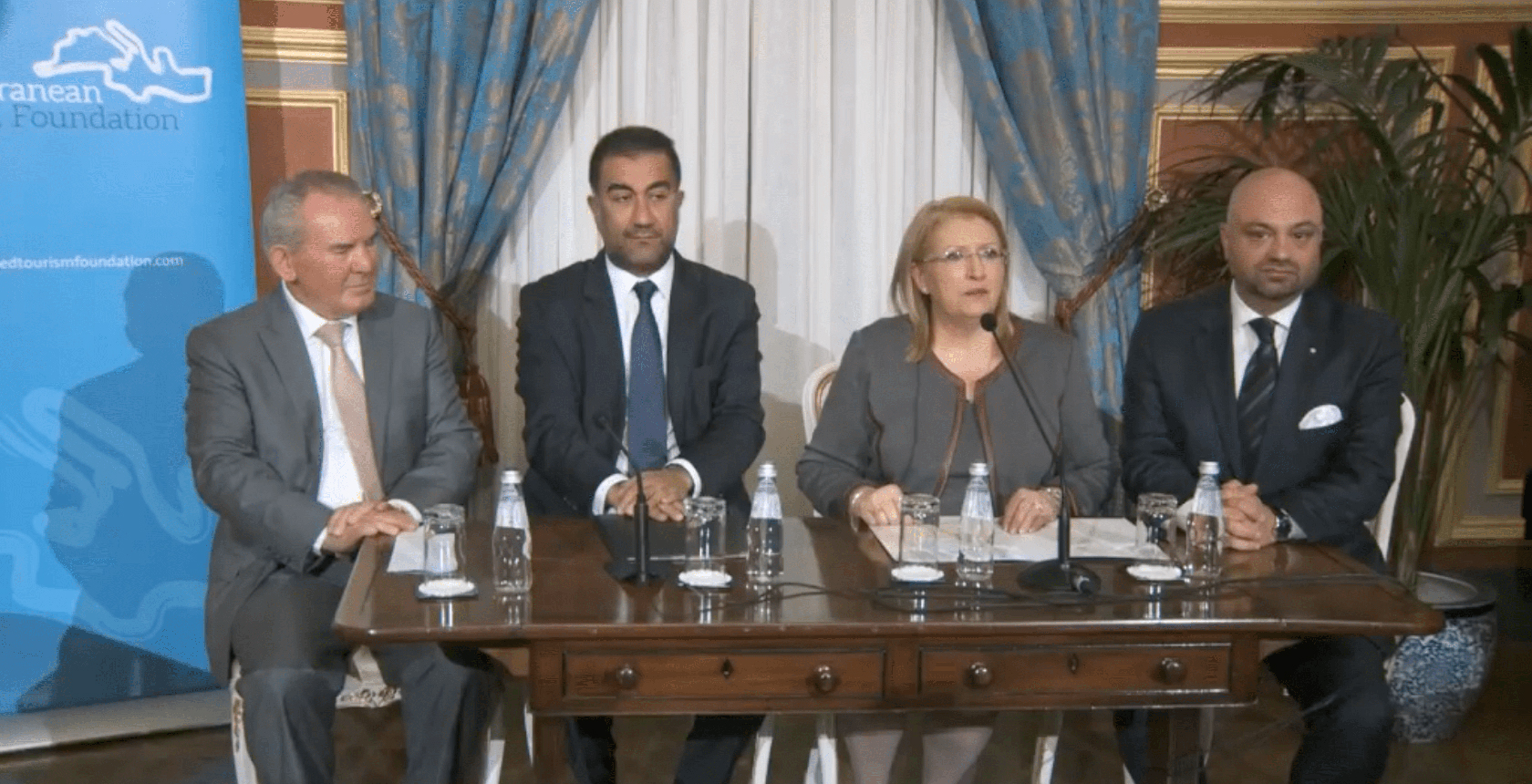 The Mediterranean Union and the Mediterranean Tourism Foundation signed an agreement to collaborated in three projects aimed for tourism as a means of strengthening cooperation and prosperity among Mediterranean countries. The agreement was signed at San Anton Palace in the presence of President Marie Louise Coleiro Preca as patron of the foundation.

President Coleiro Preca said that this collaboration is the result of a visit she made in Spain to the Mediterranean Union, which has 28 member countries. She described the agreement as a commitment by both sides to promote relations between people and cultural diversity through tourism.

Mr Zahra added that the projects will be launched next month and will include energy, education and culture, and the setting up of a Mediterranean orchestra.

“Tourism is a little bit of a summary of everything that we are aiming to do in order to promote peace, development and stability in the Euro-Mediterranean region because it is about people, growth, mutual understanding, and about mobilities”.

Both sides will work together to promote five sectors that will contribute to the strengthening of tourism, dialogue and prosperity in the Mediterranean.