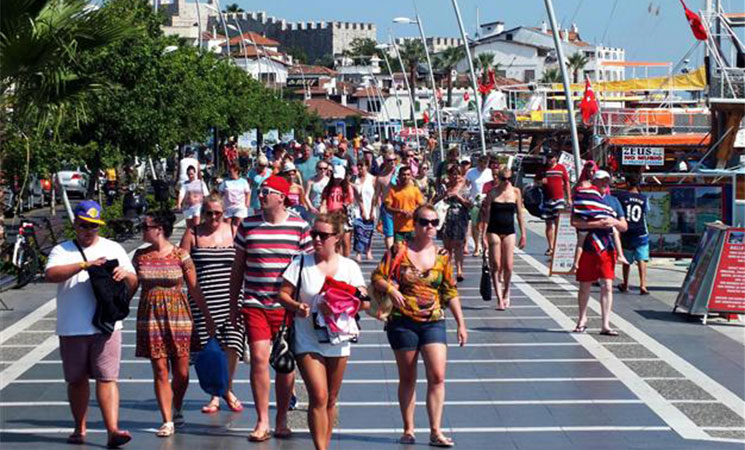 Despite the ongoing political turmoil in the Middle East, Turkey’s Mediterranean resort town of Marmaris, already popular among British and Russians tourists, is becoming an increasingly popular center of attraction for Arab tourists.

The Marmaris branch head of the Association of Turkish Travel Agencies (TÜRSAB), ?smail Özbozda?, said that despite the political turmoil in the Middle East, the increase in the number of tourists coming from the region is quite striking.

“This region offers great opportunities to Arab tourists. They value natural and historical beauties … Despite the continuing political turmoil in the Middle East, there has been a significant increase of around 30 percent in the number of Arab tourists visiting Marmaris, which is quite pleasing for Turkish tourism players,” Özbozda? added.

According to the records of Dalaman Airport, located near Marmaris in southwestern Turkey, 1.65 million tourists in total visited the Marmaris district and its surroundings in 2014.

Özbozda? said this marked a significant increase from all regions.