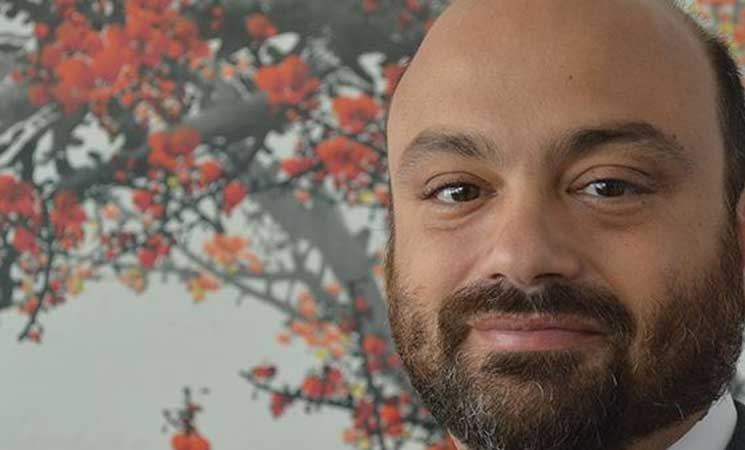 Driven Capital’s CEO, Mike Repole, once said that “Being a dreamer and always thinking big is important for success”. Every once in a while, one is fortunate enough to meet such a visionary in person, and that’s what happened when I was invited to interview Andrew Agius Muscat, MHRA’s CEO to discuss his brain child; the Mediterranean Tourism Forum scheduled for the 21st of November.

Andrew kicks off by highlighting the importance of the tourism sector for Malta, which makes up 30% of our GDP and a staggering 35% of the cumulative revenue. It is undisputable that this sector is a vital life line for our archipelago and thus requires a copious amount of nurturing by all its’ stakeholders. Though tired after a hard day of meetings and lobbying, the enthusiasm which radiates from Andrew was indeed infectious, as he spared no detail in explaining the complexity and importance of this event and its’ crucial role in the future of Malta’s tourism sector.

As MHRA’s CEO, Andrew understands the importance of not limiting lobbying to a national level, and since Malta’s accession in the European Union, it was imperative that all efforts were directed towards influencing decisions at a European level since most laws and regulations stem directly from Brussels.

In this respect he explained that to have a voice in Europe, MHRA joined ‘Hotrec’ which is an extremely important umbrella association in Brussels which has the power to directly affect policy at a European level. Andrew jokes that the lobbying structure inside Hotrec seems to be suffering from the ‘Eurovision syndrome’, whereby neighbouring countries or blocks support each other during voting sessions, and this scenario was the trigger that made him aware of the absolute importance of uniting the Mediterranean countries into one cohesive, unified region.

Uniting the Med countries is no mean feat, and in the past numerous acclaimed personalities have tried and failed; former French PM Nicholas Sarkozy being one of the aforementioned hopefuls. With Andrew being the perfect example of the ‘think big’ philosophy, he did not restrict his vision to uniting the European countries in the region alone, but his ambitious goal is to also bring together all the countries in the Mediterranean, from stunning Croatia to mysterious Turkey.

Andrew highlighted that in order to mirror what kick started the birth of the European Union back in 1950, the only way to get all the players to back a common front is to find a common economic denominator, and the sector which has a direct impact on the GDP of all the countries present in the Mediterranean region is tourism. This is further backed up by statistics issued by the prestigious World Tourism Organisation, which show that one third of international tourism comes to the med region.

Naturally, the question that first came to mind was; ‘why should countries such as Italy or France, who already have a strong identity and attract millions of tourists every year help each other? Andrew patiently explained that the major growth in tourism is stemming from the BRIC countries (Brazil, Russia, India and China); huge markets holding great potential for further growth and thus it is only by engaging all the countries to pull one rope can we enable the region to market itself.  This will enable a multitude of regions to showcase their offering and emerge as up-and-coming destinations, other than the core tourist hot-spots like Rome, Paris or Istanbul. Malta will obviously stand to gain from this unified scenario with its geographical position placing it at the cross roads of Europe and North Africa.

Showing a keen understanding of the current challenges faced by the med countries, he explains that Political (wars), Economic (bailouts), Socio Cultural (religion mix) and Technological (shadow hospitality) factors are shaping the debate, but going back to Monet’s vision of a unified Europe, Andrew underlines that concentrating on what is of common interest is what will lead to unity and ultimately peace in the region.

In a nutshell, Andrew explains why the above helped shape the focus of this event, with the key word of the Mediterranean Tourism Forum being ‘Synergy’, specifically aimed at promoting tourism through sustainable growth. The forum is under the patronage of her Excellency the President of Malta, being in this instance not just a uniting figure for our country but also representing unity for the entire region.

This forum is definitely not just any ‘conference’ as its long term aim is to be developed into an ongoing project with a Board of Governance and different sub-fora tackling different aspects of the sector throughout the year, from a Mayors Forum, Energy Management Forum to a Hotels and Restaurants forum to name but a few. Malta and the MHRA have taken the leading role of being the catalyst of all this.

MHRA’s vision is to have the culmination of all these fora by 2016, whereby the outcome of all discussions will be summarised into 25 key points and presented to Malta’s Prime Minister, Dr Joseph Muscat, who has accepted to put forward these points for discussion on a European level during Malta’s EU presidency tenure.

Andrew quickly underlined that MHRA’s intention was never to deliver the usual ‘power point presentation’ style of meeting, but concentrated its efforts and successfully managed to deliver an ‘outstanding experience’, wherein it is evidenced that thinking outside the box and  uniting the biggest players in world tourism would enable the organisation to create an earthquake within the industry. This, he explains, is MHRA’s way of lobbying.

In deciding this year’s theme, MHRA took into consideration that nowadays the dominant trend in tourism is not simply to deliver a ‘sightseeing holiday’, but more so a cultural and historical experience. With the Med being the birthplace of most cultures and religions and with our interesting and varied history, it is perfectly suited to deliver such an experience. Hence, the chosen theme for this year’s event is ‘The Great Story’ which has indeed proven to be a “Feast of Stake Holders” with a participation of over 1000 attendees from around the globe.

The conference will be structured around three distinct panels, aimed at providing insights into the driving factors in today’s economic growth in tourism, with an obvious focus on the Mediterranean region.

The panels were made up of leaders within their fields, coming from various segments of the tourism, art and entrepreneurial world, all delivering unique perspectives and experiences; from David Abulafia bringing his expertise on Mediterranean history, Demetris Spanos; HVS Director for the Mediterranean region, Tijadi Haddad, former Minister of Tourism of Tunisia, to name but a few.

The conference was followed by a delightful evening gala night under the auspicious of Malta’s Prime Minister, Dr Joseph Muscat.
When asked about last year’s MTF experience, various participants labelled it as ‘a truly spectacular event’ and for this year’s edition, Andrew’s promise that it will be even bigger and better; an event that should be sought out by those who work in and have the tourism sector at heart, was indeed fulfilled.

The journey towards a united Med region is certainly a long and arduous one but with individuals like Andrew and organisations such as MHRA, it is prudent to dream big. It is therefore apt to conclude with a direct quote from Andrew himself, who closed- off our chat with a lucid call to arms: “The time for yes/but is over, it is now the let’s do it time”. These are indeed truly exciting times.