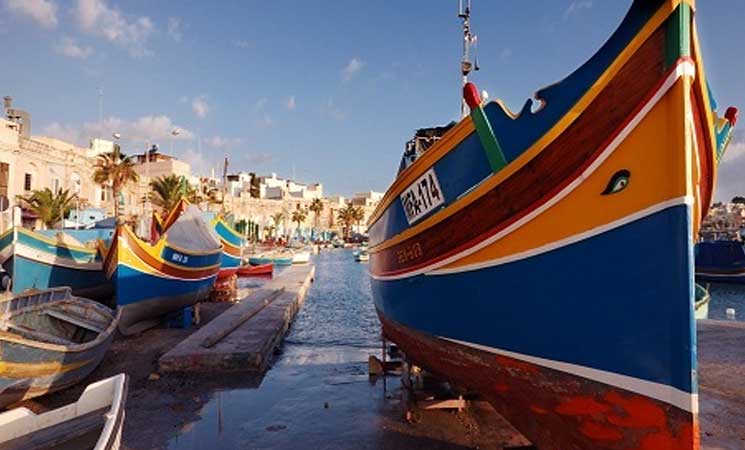 Ahead of the Malta Hotels and Restaurants Association’s (MHRA) upcoming forum on Mediterranean Tourism this November, BUSINESS AGENDA discusses the current state of the region’s tourism industry in light of political unrest in neighbouring countries, and finds out whether countries in the Med can work better together for the benefit of the region at large.

The Mediterranean region is distinctive and charming – and the collection of countries that make it up are similar, but altogether different, ranging from Greece and Italy to Spain and Turkey. Malta has held its own as a competitive Mediterranean tourist destination for many years, also performing better than the region’s average in some years, such as this one so far.

Tourism Minister Edward Zammit Lewis says positive results for tourism in the Mediterranean region have been reported in a number of destinations, “and it is satisfying to note that Malta’s results during the first seven months of the year are on the high side of the average performance. In fact, during the first seven months of this year, almost one million tourists visited the Maltese islands, meaning a nearly 9 per cent increase over the figures registered in the same period last year. The non-EU market grew by 15 per cent during the same period under review.”

Minister Zammit Lewis says that the growth in inbound tourism between January and July 2014 also brought an increase of 5 per cent in nights spent by inbound tourists, reaching seven million nights and an increase of more than 7 per cent in tourism expenditure. “We will end 2014 with annual tourist arrivals almost four times our population. Moreover, during this period, Malta’s 8.6 per cent growth compares very well with Spain’s 7 per cent, Cyprus’s 5.9 per cent, Turkey’s 6.8 per cent, Morocco’s 8 per cent and Croatia’s 8.1 per cent growth rates. Neighbouring Italy reports a more sluggish 2 per cent growth to date. Only Greece (17 per cent) and Portugal (13.7 per cent) are registering a performance which supersedes Malta’s up to the first half of the year.”

Conflicts in regions neighbouring the Mediterranean, which began raising alarms in 2011 through the so-called Arab Spring and continue to unfold in such countries as Syria, Egypt and Libya, have been said to deter tourists from visiting counties nearby. On the other hand, others consider such conflicts to have been a driving force for increased tourism in neighbouring ‘safe’ countries.

“Conflicts often lead to shifts of tourism flows from one country to another, but the nature of shifts depends on the type of tourism which prevails in the affected destinations,” says Minister Zammit Lewis. “Therefore, a decline in basic beach tourism in a North African destination is more likely to shift to an alternative big beach destination such as Turkey or Spain, while a decline in niche activities such as scuba diving in the Red Sea or religious tourism in the Holy Land is more likely to impact Malta positively. However, shifts in destinations’ fortunes are not solely limited to crises but may also be due to natural economic fluctuations and cycles.”

CEO of the Malta Hotels and Restaurants Association, Andrew Agius Muscat, says that the impact on the Mediterranean of conflicts in countries such as Libya, Egypt and the Middle East has sometimes been that of a diversion of tourists to neighbouring countries that are more stable. “However, the latest conflict between various countries and the Islamic Sate, better known as ISIS, in Syria and their network across various countries in particular the Mediterranean countries will lead to new challenges”

Mr Agius Muscat adds, “up to now, the number of tourists opting for alternative destinations due to insecurity in North Africa has contributed to growth in Malta’s recent tourism figures however it cannot be considered as the sole reason for success. Indeed, new airline route connections can be identified as the key for such a surge in numbers.”

Asked how he believes tourism in the Mediterranean region is currently faring, Mr Agius Muscat says it is first necessary to understand where the region stands in the tourism industry at large in order to appreciate its current status. “Today tourist travel more to “experience” rather than to ”see” a specific destination.  Countries in the Mediterranean have a story to tell and are very colourful in nature. The Mediterranean bridges three continents, and is one of the most diverse regions in the world, despite the relative proximity of the countries characterising it. While comparisons between, for instance, Spain and Egypt or Turkey and France, will highlight distinct aspects in each country, there are also common elements that characterise them as truly Mediterranean.”

“With this in mind, tourism in the Mediterranean has to-date fared well. Naturally we are all in competition and some are doing better than others, also due to circumstances that arise from time to time, such as the economic crises that hit the southern European states, political crises caused by the Arab Spring and the ongoing conflict in the Middle East. Despite the ups and downs, it is however certain that the Mediterranean (particularly the tourism industry) has a huge potential, which should be nurtured to grow.”

Malta Tourism Authority CEO Paul Bugeja is in agreement, adding that an overall positive year for a number of countries in the Mediterranean marks a stark difference from what prevailed in recent years, “where we were faced with a situation of a number of destinations growing to the detriment of others.”

He says “crises are recognised as having an impact on tourism flows but it is also an acknowledged fact that tourists are becoming increasingly resilient to such crises. Reactions to political turmoil are generally very localised and short-lived in nature, so in the case of a vast geographical area such as the Mediterranean, one cannot really talk about a region-wide crisis but localised hot-spots which have relatively localised impacts on tourism. In total, inflows have not changed, whilst in Malta we are concentrating on attracting long-term tourism flows rather than respond to other destinations’ troubles from year to year.”

Mr Bugeja says that the Mediterranean is a large and diverse region with a very sophisticated tourism offer which has evolved broadly from the basic and traditional sun and beach holiday of a few decades back, but still suffers from a situation of overcapacity of supply; forcing prices to drop in order to attract business. “This leads to a highly competitive market, which means that most Mediterranean destinations compete very aggressively against each other rather than try to reap the benefits of cooperative competition. Taking all aspects into consideration, more work needs to be done in this area to ensure that the Mediterranean is marketed as a destination together with each participating country.”

Mr Agius Muscat argues that competition amongst Mediterranean countries will remain however this will not preclude them from seeking avenues for potential synergies in aspects where it matters most.  “For instance Mediterranean countries can work together on promoting the identity of the Mediterranean as a whole to appeal for new travellers who are growing in numbers from the BRICS countries.  Also dialogue between all Mediterranean partners should be encouraged to explore ways of facilitating the fragmented practice of issuing visas, while retaining all security safeguards as it is expected.”

Minister Zammit Lewis consolidates the discussion, saying that the Mediterranean’s tourism potential is still far from saturated, which implies that tourism to the region will continue to grow in the years to come, and that the share of tourists from more distant regions will increase furthermore.

“We are focused on creating and developing a strong brand that will put our destination on the radar of non-EU countries, in particular those with high-performing economies. We are determined to tackle visa issues and direct air connectivity, and the Malta Tourism Authority is actively engaged throughout the development of Government’s initiatives by providing the expertise to penetrate new source markets,” the Minister concludes. “Adapting to different cultures and customs of our guests is another challenge that we are not ignoring; in fact we are ensuring we’re geared up for their needs and wants, by configuring courses at the Institute of Tourism Studies, in order to supply our industry with students that have the know-how to welcome guests from these countries. No stone is being left unturned in our strategy – this is the vision we strongly believe in, which will be taking our most important industry to the next level for the benefit of our country’s economy.”

The MHRA’s Mediterranean Tourism Forum will be held on November 21st at Hilton, Malta.

The Malta Hotels Association (MHRA) launched the Mediterranean Tourism Forum initiative last year with the aim to bring together stakeholders from the tourism sector in the Mediterranean region to discuss avenues for synergies. This initiative is being fully supported by the Government of Malta and HOTREC, the association of hotels and restaurants associations from across the EU. The first Forum was launched last year for which over 700 participants attended for the event. (Please refer to the attached photos) This year the theme of the Forum will be “The Great Story” and it will take place on the 21st November at the Hilton, Malta under the patronage of the President of Malta HE Marie-Louise Coleiro Preca.  Top personalities coming from different walks of life, from over 15 different countries will participate in various panel discussions. Indeed this event will be an opportunity to learn, network and have fun.

For more information please contact the MHRA secretariat on mhra@mhra.com.mt.